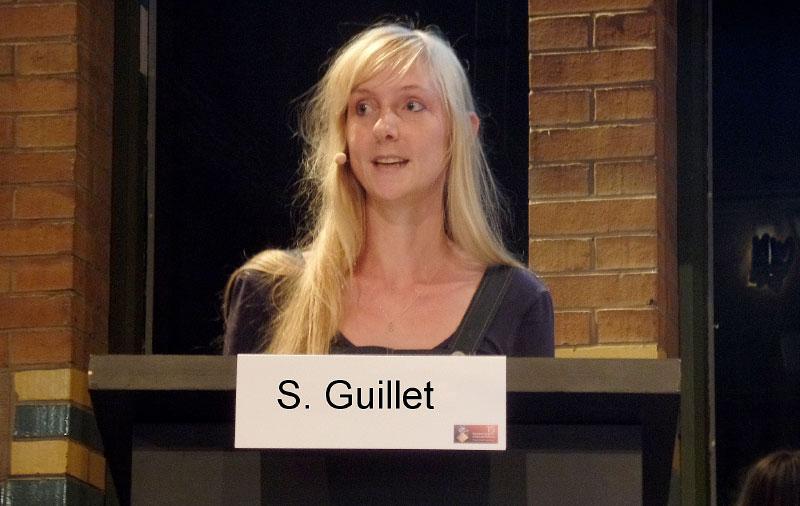 Dr Aguiar’s Research Study Project: ‘Early markers of heart and kidney damage in Fabry’s disease’ was undertaken at the University College & Royal Free Hospital, London commencing October 2014, for a period of 2 years. His Grant award of € 20,000 was presented to him at the 14th Congress of the European Federation of Internal Medicine in Moscow 14 – 15.10.2014. 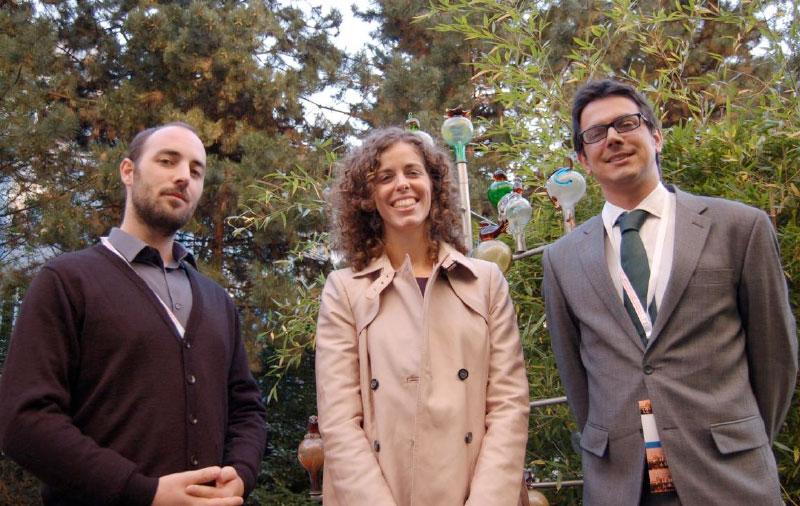 Dr Yvan Jamilloux carried out his research at The Department of Biochemistry, University of Lausanne, Switzerland over a period of 1 year.
Project: ‘Functional analysis of macrophage inflammasomes in patients with Adult-Onset Still's disease’.

Publication reference for the outcome of this research:

Dr Rodrigo Liberal carried out his research at The Institute of Liver Studies and Transplantation, King’s College Hospital, London, UK over a period of 1 year.
Project: ‘Analysis of CD4+Tim-3+ effectors in autoimmune hepatitis and role in disease pathogenesis’ Publication reference for the outcome of this research is awaited. 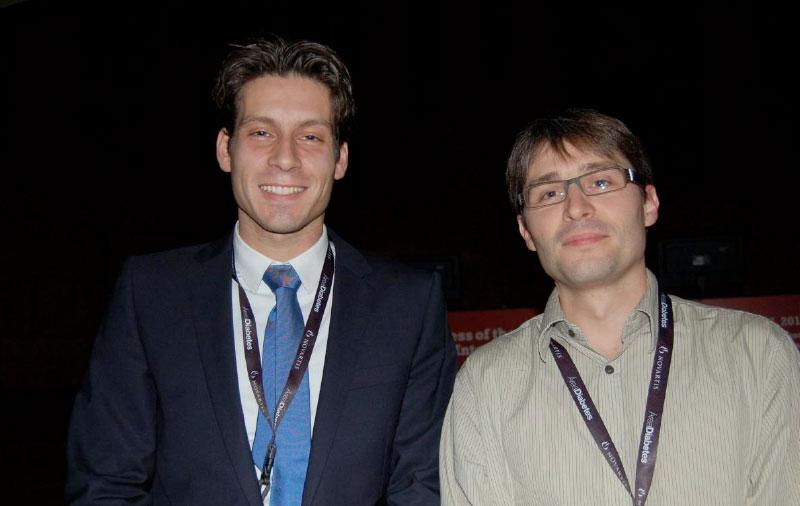 Edward Visser MD PhD (The Netherlands) and Sylvain Audia MD PhD (France) were selected to receive the Grant Award of € 20,000 each. At the EFIM-SEMI Congress in Madrid on 26.10.2012, Dr Visser and Dr Audia were presented with their awards.

Dr Edward Visser (left) carried out his research at the University of Cambridge, UK.
Project: ‘Genotype-Phenotype relationship in patients with the novel thyroid hormone resistance syndrome caused by mutations in thyroid receptor alpha-1’.

Dr Sylvain Audia carried out his research at the University Medical Center, Utrecht. Project: ‘Analysis of Fc gamma receptor expression and functionality in the blood and in the spleen of ITP patients - role of ITP pathogenesis and involvement in the response to rituximab’.

Publication reference for the outcome of this research study: